Don't you just love "experts" who are not just consistently wrong, but remain wilfully ignorant?

Forgive me for feeding a troll, but I understand that my readers rather enjoy this kind of thing. Was pointed to an article by someone purporting to be an economist.

Well, as I told John at the time, the Estonian case is a complex one, since in a country with only just over a million people a myriad of special case factors can be at work, confounding results.

Well fuck me sideways with a chainsaw, Edward, but wouldn't it just be swell if an analyst publishing long-winded treatises full of graphs actually took the time and effort to investigate these special factors, and contemplate their effect on the model he's trying to apply? All the more so after admitting his previous predictions have been wrong?
| More
Posted by antyx at 4:32 PM 3 comments 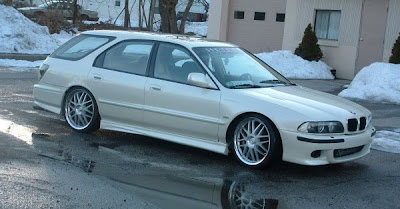 Can you tell what it started life as?
| More
Posted by antyx at 9:35 AM 4 comments

Latvian junkies + custom bodywork = annoying insurance claim. (I'm told that it is almost impossible for BMW owners in Riga to keep their mirrors, even in secure parking lots.) 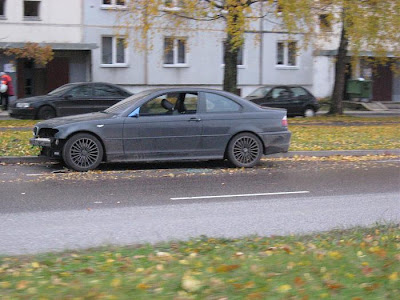 Couple more old submissions, these were right next to the car registration agency's office in Tallinn. 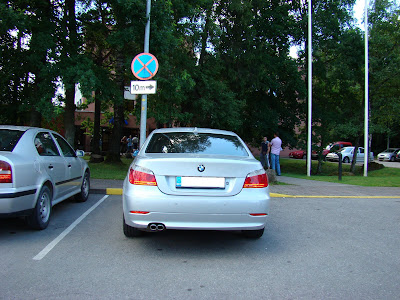 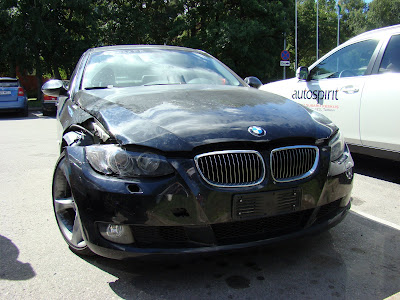 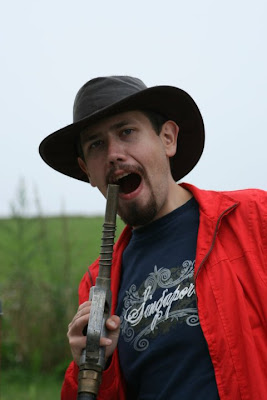 Come see the hat make its Tartu debut this Saturday, 8pm at Möku!
| More
Posted by antyx at 11:59 AM 0 comments 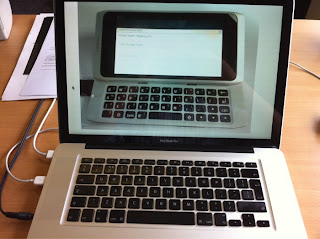 Holy shit, Nokia has suddenly come up with something truly desirable.

Last time I really, really wanted a Nokia was when they released the Booklet 3G, and I kinda knew the HP Mini 5000-series were better overall. I'd almost given up on Nokia, with their dark period of extending S60 far past the limits of its usefulness. And yet it only takes one really good-looking handset to make me start thinking about the company again. Once you do start thinking about it though, you might realize that Nokia actually has some quite important things going for it.

Nokia's utter irrelevance at the high end of the marketplace in the last year is essentially attributable to its one-time decision to switch its focus and decide to be a "services company", not just a hardware vendor. Like so many bad decisions, it was justifiable at the time: Nokia was at the top of its game, owned the market, and could not see room for organic growth.

The external factor that decimated Nokia is the rise of touchscreen devices. The company's own products aren't necessarily bad at what they were designed to do - S40 is still the best featurephone platform out there, and S60 worked well enough on midrange keyboard-based devices. Hell, they even managed to release a genuine cult device on S60, the E71/E72.

However, Nokia kept S60 around for far too long. It ran slow already on my N85, and was positively ghastly when extended to touchscreen devices as S60 5th Edition. Nokia did itself no favours by launching its touchscreen lineup with resistive displays, but even the capacitive X6 was confusing and uninspiring with 5th Edition. And while Nokia's E-series hardware was decent (if sluggish) - the E51, E71 and E75 looked good and seemed to be built well - the flagship N-series models were made from cheap materials and had pretty terrible reliability.

Nokia's presumed focus on services was not aligned with the market direction: Ovi, their service platform, paid a lot more attention to serving music and video content than empowering third-party developers. Symbian in general and S60 in particular did have a lot of devs, but Nokia's waffling and a lack of convincing halo devices wasted all that goodwill. Still, the lack of a vibrant app store is not the biggest problem: in terms of actual functionality, there is nothing that my Android phone can do that an upmarket Nokia cannot. (Is there a Kindle app for S60?)

The irony is that even at S60's worst, the functionality of Nokia devices was not just compelling, but overwhelming. I sold my factory-unlocked iPhone 3G and spent another eight and half months keeping my N85 alive because there were things I did every day which the device with the industry's best hardware could not do for love or money. The Finnish phone was slow, its keypad kept cracking and coming unglued, and the headphone jack fell apart every few months. But by God, it ran JoikuSpot, it ran Fring in the background, and Nokia's native podcast software was the best that I have seen anywhere, before or since.

Half way through its downturn, Nokia announced Symbian^3, a new release that promised to get rid of S60's sluggishness and frustrating limitations (like the preposterously bad networking stack, which could not use ambient WiFi without user prompts - at a time before 3G data became inconsequentially cheap in Estonia). The problem with S^3 was that it stuck to the S60 UI. While I can understand the reasoning - Nokia wanted to leverage the enormous installed base and give users a familiar visual experience - S60 5th Edition was just never good, even when it had the hardware to make it responsive.

The N9 leak suggests that Nokia may finally have a solution. This is an entirely new operating system, a wholesale break with Symbian. It's called Meego, and is the merger of Nokia's own Maemo (a Linux derivative that it tested on its Internet tablets and the N800 phone) and Moblin, a barebones OS that was developed by Intel for quick-booting low-power PCs.

Meego's potential advantage over the Apple and Google operating systems is that it has both true multitasking (which Android offers but iOS doesn't, even in its latest version), and that it gives developers access to the phone's hardware at a far more extensive level. It is also designed from the ground up with modern hardware in mind. The UI is still the part that worries me the most, but the video in Engadget's N9 post makes me cautiously optimistic: it's certainly not as bad as S60's widget jumble.

So with the N9, Nokia has beautiful hardware and potentially very good software. It also has some functionality that makes it stand out to geeks like me. To make Nokia and Meego truly relevant again, it needs something more. It needs a killer app. And thanks to Nokia's one unassailable success during its "services company" phase, it has one: Offline navigation. This is the ability to download maps of a city/country/continent onto your phone, and then use the device just like a standalone GPS unit. Nokia's adversaries cannot compete on this front.


Here's the clever bit. Nokia owns Navteq. It has free, unlimited access to global map data. (Navteq is a profitable enterprise on its own, Nokia isn't subsidizing its operations out of its own profits.) Now, Nokia has had decent offline navigation since the early days of S60, but in the last year or so, it's decided to stop charging for it. All newer S60 devices, and all future high-end Nokias, have free, comprehensive offline navigation. No need to hunt for WiFi or pay for data roaming, no need to wait for the phone to download maps on the fly. (You download them at home, before you start your trip, using your fast broadband connection - then they just sit in the phone's memory, whole countries at a time.)

The cost of TomTom for iPhone (which only covers a few countries per purchase), or the cost of Navigon for Android (which doesn't even cover Asia or the US right now regardless of how much you pay), is comparable to the cost of the entire smartphone, when you buy it with a long-term contract and your operator subsidizes it. It is only slightly less than the cost of a standalone GPS navigation unit (which you need to keep charged separately, carry around, worry about leaving in the car, and which is difficult - and expensive - to update with data about new roads or different countries).

All Nokia needs to become a massive force in the high-end phone market is a set of hardware and software that doesn't completely suck. Its unique and overwhelming advantage in the navigation space will do the rest.