One of the feeds in my podcast list is Freakonomics, and they had a recent special episode called The Suicide Paradox. It's a great show and a great series in general, but one of the side points they mentioned resonated with something else I had the chance to discuss and think about. Apparently, there is an empirically proven way to cover suicides in the press in such a way that prevents copycats, or even decreases the normal suicide level. Cover a high-profile event incorrectly, and you generate a spike in suicides.

This is a great example of the difference between freedom of the press and freedom of speech. I briefly went onto the Dan Carlin forums, where a question was posed: is Dan Carlin a member of the press? And in a wider sense, is every person with a means of broadcasting a member of the press? And therefore, should freedom of the press apply to bloggers, podcasters etc.? (The question about Carlin himself is a bit muddled because he used to be a mainstream radio show host before he started his own online podcast. Anyway, it's excellent if a bit US-centric and occasionally infuriating to a European, so I suggest you give it a listen. His other show, Hardcore History, has an even broader appeal and is also outstanding.)

The right of a blogger or podcaster to say whatever they will is covered by freedom of speech laws. Independent content creators like that do not need the extra protection that comes from press freedom laws. The very thing that makes them interesting, disruptive to the media landscape, and very important to the workings of society, also means that they should not be covered by press freedom laws. Because freedom of the press does not exist in isolation - it is inextricably linked to the responsibility of the press. Freedom of speech and freedom of the press overlap to a significant degree, but if you draw a diagram, you will see that they are shifted against each other. Journalists are protected from prosecution for certain things that members of the general public would get fined or thrown in jail for, and journalists are routinely given wider and deeper access to areas and information that is not disclosed to the public. But journalists are also subject to stricter standards on some issues. In some ways, they are more free than regular people; in other ways, they are less free.

The suicide coverage aspect is one good example of this. In a blog or podcast or YouTube clip or song or poem or novel, you can talk about suicides in any way you want. You are absolutely free to romanticize them, to make them feel heroic and wonderful and the only viable release from the unbearable tortures of the human condition. Nobody has the right to stop you, and in my personal opinion, rightly so. (I don't agree with every current legal practice on a moral level, even if I'm willing to abide by them. In this case, freedom of speech is both legislated and ethical.) However, if you are a journalist, and you cover a suicide in your publication in such a way that it leads to further suicides, then yes, you are responsible. You are professionally responsible on the legislative level, and you are personally responsible on the moral/ethical level.

An important clarification: you are responsible even if you were not aware the distinction exists. In this case - where there is clear evidence than press coverage makes a difference - you can't claim ignorance. If you are a member of the press, you do not have the excuse of not having studied this particular case in journalism school: you are expected to know better. The press is rightly held to a higher standard. This particular case does not quite generate criminal liability, but it's exactly why the press has ethical standards bodies. I'd say it's on about the same level as a doctor's liability for medical malpractice: you didn't directly cause someone to die, but it was in your power to prevent it. If you didn't make every effort to do so, you're not a killer, but neither are you allowed to carry that power any more.

A different aspect of expanded journalistic freedom is access to dangerous areas. This could be as drastic as embedded war reporters following soldiers into combat, and getting killed (the guy who made the highly praised documentary Restrepo was killed while covering the Libyan uprising). It could also be something much closer to home. Only a few months ago, right here in Estonia, a young girl died when a motorcycle crashed into her. She was a press photographer, covering a professional race. As a member of the press, she was allowed to stand close to the track, where regular people cannot go - even though that's where you get the best views. Her death is a tragedy, but she was allowed an expanded freedom because she took on an expanded responsibility. The rider whose bike it was that killed her was absolutely horrified, and stopped racing professionally, but he was not criminally liable for the killing - because the photographer knowingly put herself in harm's way. The photographer was the one with a greater standard of responsibility, not the competitor.

Bloggers, podcasters, independent broadcasters etc. will not and ought not receive protection under the freedom of the press if they're not willing to accept the responsibility of the press. Be it personal danger or the inability to say and write certain things, express certain opinions. You might think suicide is romantic, but if you work for Postimees, you're not allowed to say so. You have a responsibility to describe the mess and unpleasantness left behind, and emphasize the pointlessness of it, the fact that people won't suddenly be fascinated by the victim's deep and troubled personality - there will be nothing left except chunks of brain matter, or the contents the victim's bowels all over the floor.

There was a time when I was a journalist, a legitimate member of the press. I didn't go to journalism school - I applied, and got in, but decided that majoring in English would be easier - but I did get paid by mainstream newspapers, magazines and websites. I carried a press ID, and I was not afraid to use it. I stood in the press photographer area of a drag race event, where the flimsy wire fence would not have protected me if a thousand-horsepower Toyota Supra had suddenly blown a tire. I still feel the responsibility of a journalist when I'm commissioned by the mainstream media. Still, here, on AnTyx, I am not a journalist. I am a blogger. I do not have the expanded protection of the freedom of the press. But I do have the freedom to be an asshole to people.
| More
Posted by antyx at 4:54 PM 2 comments

You're doing it wrong. 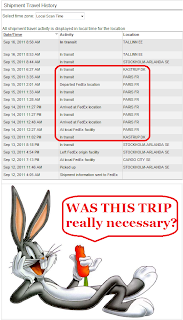